If there's anything I've learned about myself in four years of running, it's that I have to have a race booked to get out the door running at all.  Since rather unexpectedly beating my half marathon PR in Hamilton last November, Phil and I have been going nutty signing up for everything we could find.   He was already speedy fast, but the extra running I've been compelled to do have allowed me to improve in every race distance since that half.  Woot!

November 11 we ran a 5k in front of the Santa Claus Parade (inaugural year and net downhill!) taking me to a PR of 27:20.

December 26 we ran the Boxing Day 10 miler also in Hamilton.  I ran this a couple of years ago and only remember the "hill", which was actually part of the Niagara Escarpment, reminiscent of the cliffs that Wile E Coyote regularly runs off by accident. 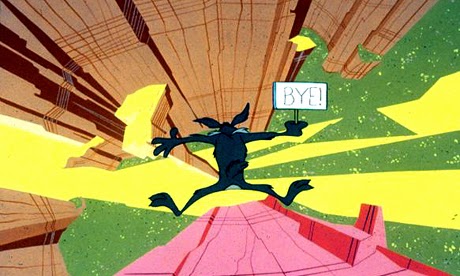 In March we ran the Around the Bay 30k and I'm still not sure why so many people are enamored by this race.  I treated it as a marathon training run and was shooting for 3:15, which I thought was realistic, but took 3:18 something.  I really need to do more hill work.  It was cool ending in the Copps Colliseum (I know it has a new name but am too lazy to look it up), but otherwise I wasn't loving it. I lost steam at about 22k -- mostly in my head since it was suddenly farther than a half -- and couldn't pick it up again.  Around 25k I had decided the May marathon wasn't going to happen and that I needed to email the race director to drop down to the half. In the finishing chute, a guy was proposing to his girlfriend, but I was so done with the race I didn't even give the scene a second look.  Hope she said yes!  Regardless, first time 30k race = PR and by the time we were back at the car, I had decided I would be okay to do the full marathon since it was a much easier course.

Harry's Spring Run Off 8k, which didn't change the course to avoid the hills, was also a PR of about 3 minutes (49:34), but it didn't make me like the race any better.  I don't know what it is about that race, but it feels like a New Years Eve party, where people are forcing enthusiasm.

The under-an-hour 10k that I've been chasing for four years is also in the bag -- in April the Toronto Yonge Street 10k finally finally finally went my way.  With the nasty weather this winter, I got used to drinking less while running (too cold to carry the bottle) so completely ignored the water stations and came in at 56:09.  Woot!  Yesterday we repeated the course at the Sporting Life 10k with 27,000 people and I only managed 57:27; lots of dodging people the entire way and:

The Goodlife Toronto Marathon was just last weekend and we both got PRs -- mine was 15:45 minute improvement when I came in at 4:42:34.  So I'm okay with a slightly slower 10k the week after.  Phil ran with awesomeness also and got a 2 minute PR coming in at 4:06.  I still want to do a marathon under 4:30, and Phil was shooting for under 4:00.  Once I'd finished this year, we decided within 5 minutes to repeat this race in two years.  By the time we go to the car, we'd agreed on next year. May 3, 2015 here we come! 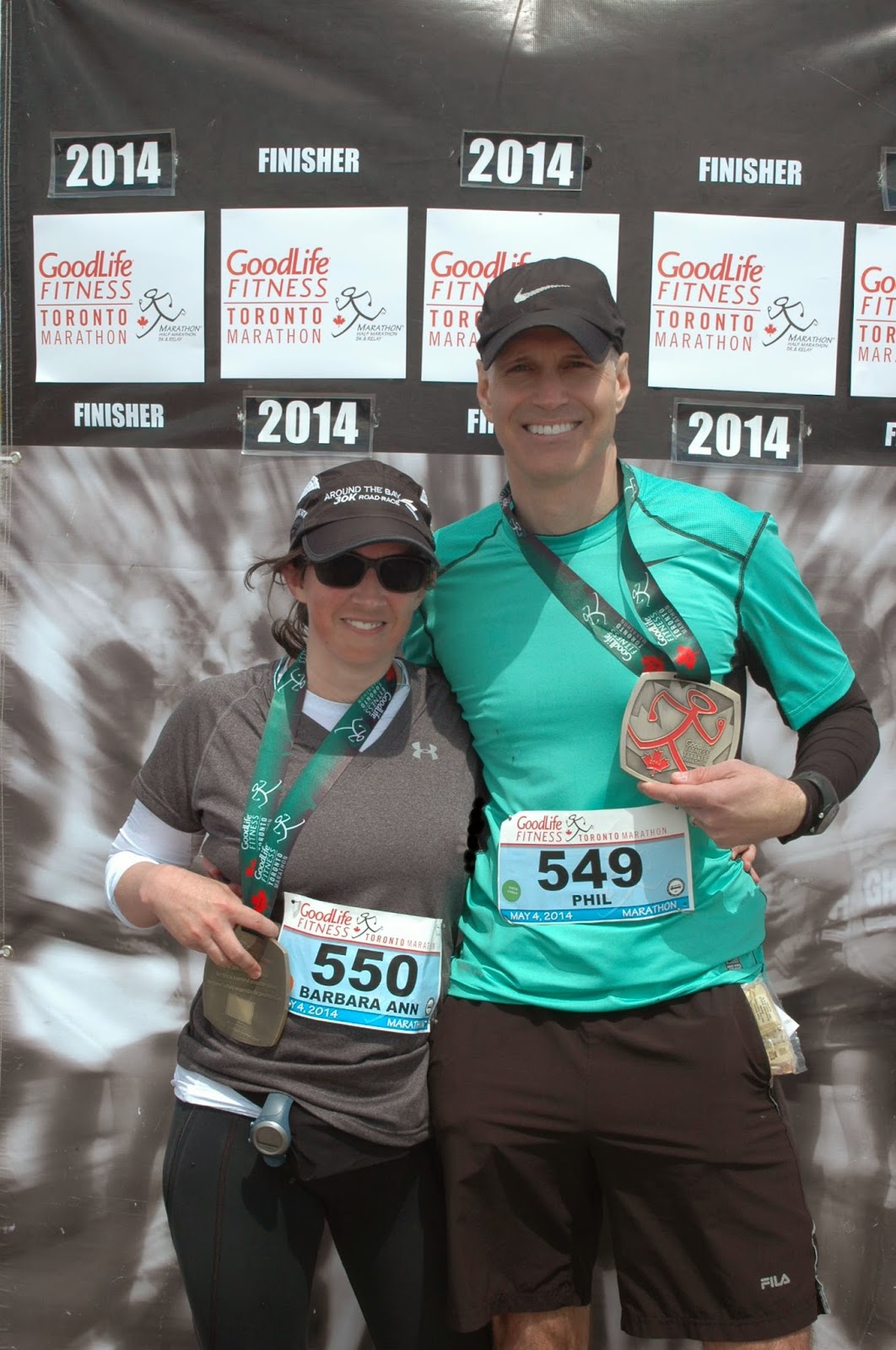 We ran other races that weren't PRs, but generally I've been improving my pace, which I'm happy about.  The Chilly Half in Burlington in March was at about 2:15.  One race that didn't go well at all was the St. Patrick's Day Achilles 5k.  Our 17 and 15 year old boys had agreed to come to that one, until we woke up on race morning and it was a freakishly cold -11C/12F.  We had the cold weather gear, but they didn't, so they stayed in bed.  I wish I had too!  Something like 31 minutes.  They can't all be winners.  Still liked the chili and beer inside Steamwhistle Brewery when we finished.

We're able to go for short training runs again now that the marathon is over and it seems so much more manageable, especially with spring finally arriving.  Next up is the Streetsville Bread and Honey 15k (hoping for that last distance PR), the Runway Run 5k at the airport, and the very very very fun Pride Run 5k as a member of Team Beaverhausen at the end of June.  I'm starting to use the "Virtual Partner" on my Garmin to keep me running closer to 9 min/miles in training and will be doing hills and intervals to keep up the progress.
Posted by Still Running at 09:49